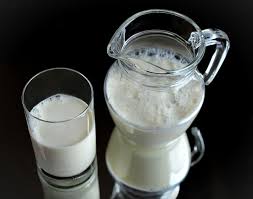 Breakfast cereals are often highlighted for containing a high level of sugar, with sugary foods in general having a negative impact on the nation’s oral health.

Dr Nigel Carter OBE, Chief Executive of the British Dental Health Foundation, said: “It is important to remember is that it is not the amount of sugar you eat or drink, but how often you do it. A sugary breakfast once a day might not cause significant damage to your teeth on its own. It is the snacking culture that seems to have developed throughout the day that is harmful.

“As a result, the Foundation recommends eating three square meals a day instead of having seven to ten ‘snack attacks’. If people do snack between meals, choose foods and drinks that do not contain sugar. Chocolate, biscuits, cakes, dried fruit, soft and fizzy drinks, along with squashes are all high in sugar, which can lead to decay or damage the enamel on the surface of the tooth.

“These pose a significant risk to oral health, particularly for young children. When you consider a third of children age five and age 12 have decayed teeth, there is an increasing need for stricter measures to be put in place so that children’s health does not deteriorate further. Sugary foods have become the norm, this gives us an insight into why children’s dental health in the UK is so poor.

“It would help enormously if parents could encourage children to move away from breakfast cereals loaded with sugars. It may be an easy solution to give children something sweet to appease them, but by keeping the consumption of sugary foods to a minimum, the benefits to oral health will have a lasting impact.”