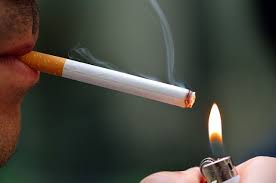 A new survey has revealed that almost 89% of adults didn’t realise that tobacco and alcohol combined increases the risk of mouth cancer by up to 30 times.

The figures of people dying from mouth cancer are shocking, more will die of the disease than cervical and testicular cancer combined, and it is set to increase in the next ten years. The British Dental Health Foundation has been lobbying for standard packaging on tobacco, along with minimum alcohol pricing in an effort to minimise the number of people at risk of developing mouth cancer.

Deborah Arnott, Chief Executive of health charity ASH said: “People know about lung cancer but don’t necessarily realise that smoking is also by far the biggest single cause of mouth cancer. The majority of smokers become addicted while still underage so it’s essential to do everything we can to discourage children from starting to smoke.”